Found in Ecuador and Peru in wet montane forests at elevations of 410 to 1400 meters on southwestern facing cliffs with water seepage near the edge of montane jungles as a medium sized, cool to warm growing, fan-shaped terrestrial orchid, that blooms on a 2 to 3′ [60 to 90 cm] long, erect, dark brown purple to maroon inflorescence with 4 to 6 distant bracts carrying 3 to 15, successively opening flowers occuring in the autumn through spring.

Picture is for reference only

PLEASE NOTE: Since this is a Seedling Population (not a Mericlone which produces exact duplicates), the picture is for illustration purposes only. No two plants will be the same from this cross, and they will flower in a range of possibilities coming from the two parents. 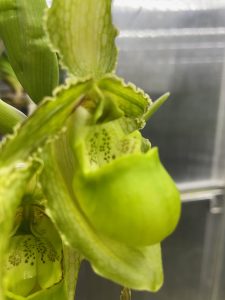 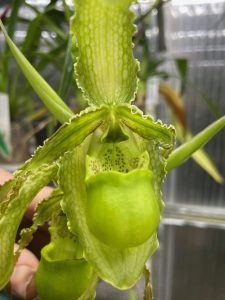 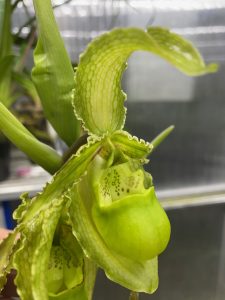 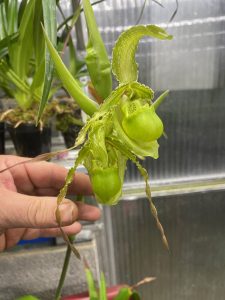 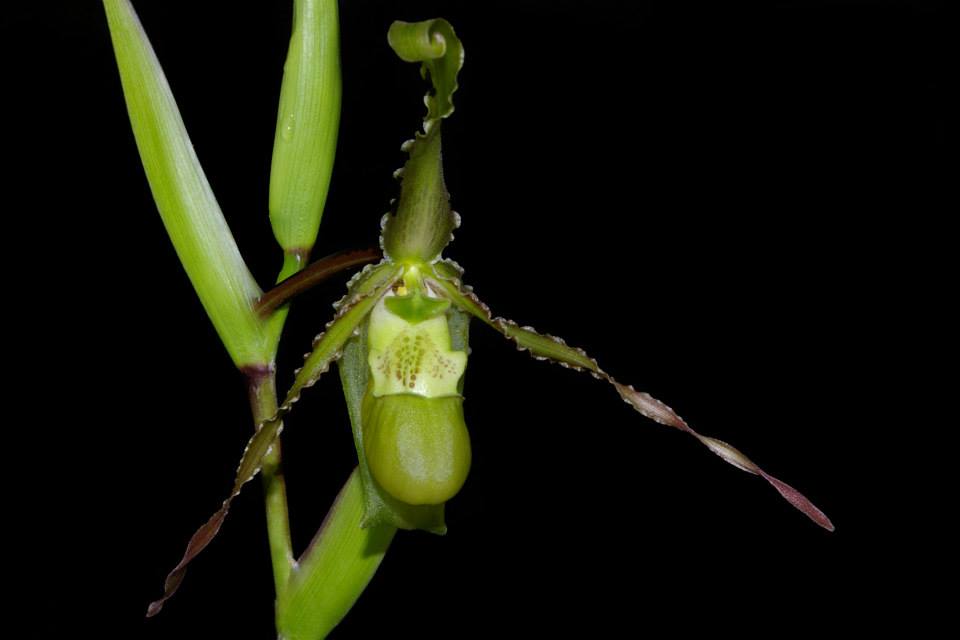 There are no reviews yet.

Be the first to review “Phragmipedium boissierianum” Cancel reply